Tips To Keep Wolf Spiders Out Of Your Home In Jacksonville 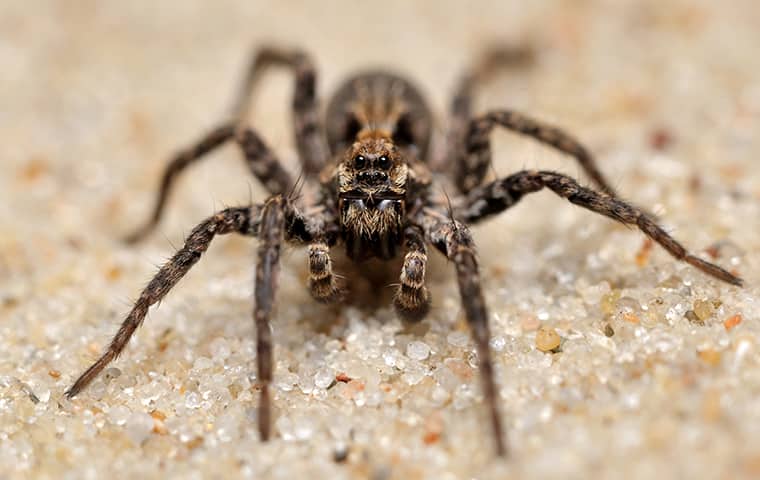 Spiders cause fear and panic in people you would think are fearless. The same people that would run into a burning building to save a puppy shriek back in fear when a spider scurries across the floor. In some people, the fear of spiders can become a debilitating condition known as arachnophobia.

Having a fear of spiders is understandable and natural. When a quick, multi-legged, hairy creature runs toward you, a jolt of adrenaline hits your system and engages you in a fight or flight mode. If you see spiders in your Jacksonville home and find yourself in a constant battle or flight mode, then you need the Jacksonville pest control team from Trad’s Pest Control to come to the rescue. We will fight the spiders for you!

A Florida spider that invades many Jacksonville houses is the wolf spider.

Unlike other spiders, wolf spiders in Florida do not construct webs; instead, they catch their prey by hunting them down. Most arachnids have poor eyesight, but wolf spiders have good vision enabling them to hunt at night. Because wolf spiders do not build webs to catch their prey, they usually live near walls along baseboards.

Wolf spiders hunt Florida bugs outside; however, during the winter months, when insects seek shelter, warmth, and food in Jacksonville homes, wolf spiders follow them into the house.

The best way to deal with wolf spiders is to take the following four preventative steps:

By removing hiding places and sealing access points in the home, you can reduce the wolf spider population in your house.

The tips above will reduce the wolf spider population in your house, but they will not stop an infestation. To eradicate the spiders already in your home, you need to destroy existing spiders and their nests. To successfully end an infestation, you need professional pest control.

The wolf spider is one of many spiders of Florida that invade Jacksonville homes. Trad’s Pest Control has been stopping spider infestations since the 1970s. We have the tools, training, and experience necessary for effective treatments. Contact us and set up an inspection. We will identify the problematic spider species, develop a custom treatment strategy, and execute the plan to eliminate the wolf spiders in your house.