Pests 101 Mosquitoes Mosquitoes & Dangerous Disease: What Everyone In Jacksonville Needs To Know

Mosquitoes & Dangerous Disease: What Everyone In Jacksonville Needs To Know

If you live in Jacksonville, you know mosquitoes bite, and you probably know that mosquitoes can spread dangerous diseases. But you might be wondering how many diseases they can carry, how often you need to be bitten to get sick, or how worried you should be.

t isn’t enough to know that an insect can be dangerous. You need details. Today, we’re going to take a look at a few facts every Jacksonville resident should know about mosquito disease transmission and take a quick look at diseases caused by mosquitoes.

How Do Mosquitoes Get Malaria & Other Diseases?

You know that not every mosquito that bites you is infected with a disease. It is possible to get bitten numerous times and not get sick. What makes one mosquito more dangerous than another? And how worried should you be about mosquito-borne diseases?

Here are a few important factors to consider:

Now that you know a little bit about how mosquitoes in Jacksonville can make you sick and how likely it is that you’ll be exposed to viruses, let’s take a specific look at the diseases caused by mosquitoes.

This is considered to be the most common mosquito disease in the United States. It is associated with brain swelling, which has the potential to be fatal. Recent figures put the number of cases at 664, with 52 deaths occurring. Out of a population of more than 329 million people, your odds of dying from this are very low.

Eastern equine encephalitis is a virus that attacks the nervous system and can also cause brain swelling. While extremely rare, some cases do appear in Eastern and Gulf Coast states each year.

This disease is a worldwide epidemic that impacts half of the world’s population. While significant measures have been taken to reduce the number of deaths related to this disease, 409,000 deaths were reported in 2019. That is down from over 1 million. But it is still a scary figure to consider.

We recently had a big scare with this disease. The Zika virus can be a threat to adults, but it is its threat to unborn children that makes it a serious medical concern. This disease can result in microcephaly, a condition in which a baby’s head is much smaller than it should be. A birth defect like this can have a lifelong impact on a family.

Dengue fever and yellow fever are serious diseases that can spread during outbreaks. They come with flu-like symptoms that can elevate to a serious, life-threatening level. Dengue fever is often called “breakbone fever” because of the pain associated with it. Yellow fever can also be painful as there is muscle pain involved, but it is the fact that this is a hemorrhagic disease that is of most concern. Victims of yellow fever can experience bruising and internal bleeding.

What To Do About Mosquitoes In Jacksonville 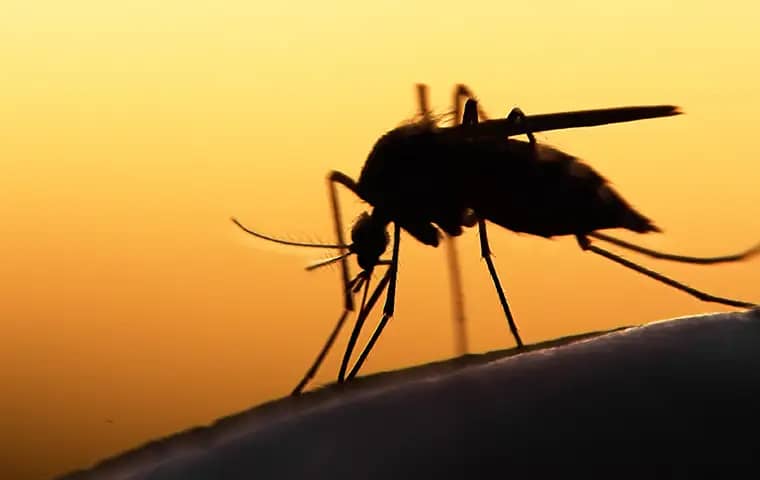 That was certainly a scary list of diseases caused by mosquitoes, but hopefully, you see that the risk of serious illness is low here in our area. If you take reasonable steps to protect yourself from mosquitoes, you can mitigate the threat even further.

If your goal is to have no mosquitoes in your yard, the only way we know of to get close to this is by investing in professional mosquito treatments. While we can’t promise you’ll have no mosquitoes, the experts here at Trad’s Pest Control have developed a mosquito control plan that will give you the best protection possible. Reach out to us today to learn more or to schedule mosquito control service for your Jacksonville home or business.